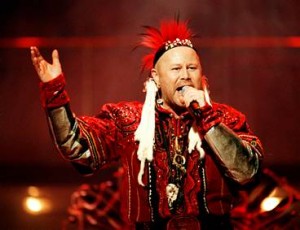 I have a busy week coming up. Roger Pontare (winner of the Swedish Song contest two times) was here on Thursday and he recorded a part to a new song I composed. The song sounds like a musical work, it has two vocal parts and cello, harp, strings, piano, flute and asian klocks. I composed and recorded it all and I think I have about 5 versions of it now….
He sang his part very freely and natural and it sounded very elegant and lively. At the end he decorated the song with some free vocals. That was really nice. I have a part in the song too and our vocals will complete eachother. At the end we finish it together.

I have four concerts in July and August. I will play some well known material and some new songs. Emma Lindhamre will join me in two of them on Cello.
Tomorrow I will have two people here that are filming a video about homeless people. They want me to compose a song for it.
I have a song prepared for them. It is a very sensitive theme to compose a song about homelessness and I hope to do it justice.
I also had a request from the radio in Järfälla to sing one of Ted Gärdestads songs, so I have to record it pretty soon….